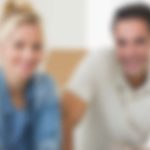 Anyone who’s ever attempted to move an entire house worth of stuff from one location to another, whatever the proximity between the two was, knows that this ordeal is packed with stress!

But what if we told you that a moving, packing and loading process can be stress-free? Sound impossible?

It’s not. Just ask the other 99% of customers who would refer us to friends and family for their next move, simply because of how impressed they were with our quality of work and our fast pace!

Helping American families to move is our company’s major service, with a focus on serving the local area…

We’re experienced enough to handle local moves of any size!

It all began with two men and a truck. Literally.

Two of our company’s founder and owners, Jack and John were initially the only employees.

But thanks to how good they were, in just 10 years the business has expanded massively!

We relocate apartments, condominiums, homes and everything in between – from teeny tiny to very large.